The Motorcycle Cannonball is the most difficult antique endurance run in the world. That is an undisputed fact. And as proud as we are to say that, it must also be said that when the first run was being mapped out in 2009, that wasn’t part of the grand scheme of things. When Cannonball founding father, Lonnie Isam, Jr., first started daydreaming about cruising America’s back roads with his antique riding friends, there was no way he could have possibly imagined what his musings would eventually become. All Lonnie wanted to do was to see the scenic Americana landscape one mile at a time from the saddle of ancient iron with his riding buddies. His main objective was to motivate antique owners to break the stigma of sequestering collectible old relics to museums and the life of oversized dust catchers and to let the old machines spend their geriatric years living as they were intended: on the road. He felt the ancient motorcycles deserved to be tended and ridden. Our forefathers took a great deal of time and ingenuity to build these great machines and they should be respected for their abilities. He wanted to pay homage to the long distance pioneer, Erwin “Cannonball” Baker, and other historical figures that literally paved the way across the country in the early 1900s. His logic was that if the motorcycle greats could make those miles on the early machines, many with no roads whatsoever, certainly modern riders could do the same.

In September of 2010, Lonnie gathered together a group of riders who shared his motorcycling passion. Along the shores of the Atlantic Ocean, 45 like-minded riders left the historically celebrated city of Kitty Hawk, North Carolina for a transcontinental journey to the shores of the Pacific Ocean. What played out along the miles of these great United States changed the sport of motorcycling forever.

In 2012, the second iteration found 77 riders lined up at the starting line in Newburg, New York. The almost-4,000 mile ride to San Francisco played out exactly as the first run in as much that riders became a family as they struggled to get their ancient iron across the span of the nation. As Lonnie had envisioned, the Motorcycle Cannonball Run drew passionate riders who respected their machines as well as their fellow adventurists. The race, meant as an experience for people of integrity and grace, was embraced as a way to prove a rider’s mettle as much as that of their particular marque. Racers pulled together to support each other in the “man against the miles” battle of skill, grit and luck that played out each day for more than two weeks and spanned the breadth of America. As with the first run, lasting friendships and deep bonds were formed. And a third run was planned.

September of 2014 found 101 anxious riders lined up on the sandy beaches of Daytona, Florida. Eagerly anticipating the 16 days of truly incredible riding that lay ahead of them, Cannonballers from around the world set their sights on Tacoma, Washington. Along the way, businesses hosted the group and invited local fans to visit the thrill seekers at organized events just the way early American’s did for Cannonball Baker on his cross-country excursions. People came out in hordes, packing venues for an opportunity to see the rolling museums and meet the brave jockeys as they passed through their towns. The words “Motorcycle Cannonball” became a household name and the world of motorcycling would never be the same. The interest in antiques was revived. Motorcycle auctions, eBay and every platform available for antique motorcycles and parts became flooded with Cannonball hopeful’s searches for a qualified vehicle to carry them across the country.

The 2016 Race of the Century route from Atlantic City, New Jersey to Carlsbad, California was set, Lonnie Isam, Jr. was fighting for his life against cancer. As plans for the 2018 run were being laid out, the Motorcycle Cannonball’s beloved founder handed the mantle over to his business partner and friend, Jason Sims, before he quietly passed away in August of 2017.

As the route is being finalized for the September 2018 run from Portland, Maine to Portland, Oregon, the roster is full. There is a waiting list of hopefuls and riders are carefully preparing their machines for what guarantees to be an experience of life long memories. Thrill-seeking daredevils will jockey their antiques along the roads of adventure and brotherhood once again. For 2018, however, riders will honor their beloved and respected visionary’s memory as they continue to show the world what endurance and integrity in motorcycling is all about. 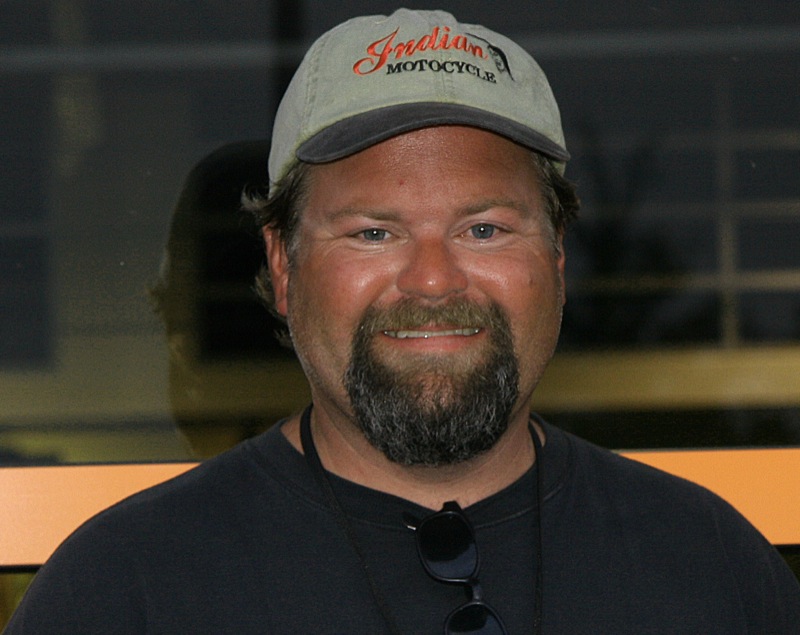 In order to truly understand the spirit of the Motorcycle Cannonball, you have to first know the man who initially struck the spark of interest in the antique motorcycle wildfire that has burned its way around the world. When Lonnie sent out calls to antique riding friends to join him for a run to traverse the...Read More

Since the first Motorcycle Cannonball run in 2010, antique motorcycle riders from around the world have anxiously signed up to follow Lonnie Isam Jr. across the United States on a unique journey that many have described as “life changing.” Before his passing in August of 2017, Lonnie had already passed the Cannonball torch to Jason Sims...Read More 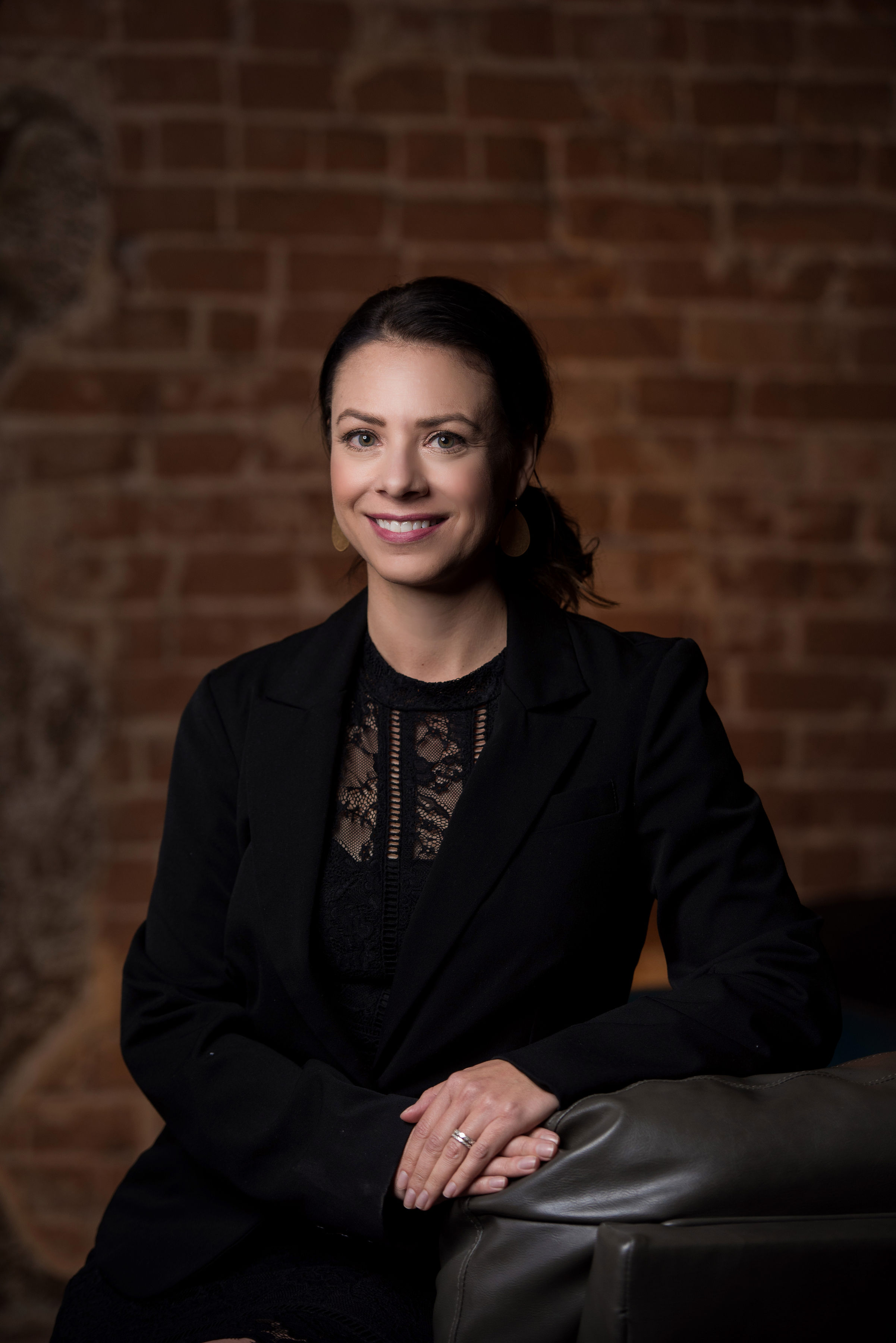 LeeAnn handles the everyday administration of both the Motorcycle Cannonball and Cross Country Chase. She saw a need for the lodging portion of the events and opened a travel business appropriately named, Cannonball Travel, strictly to meet that need. LeeAnn has worked in the Human Services field for 15 years and holds a Master’s degree in...Read More 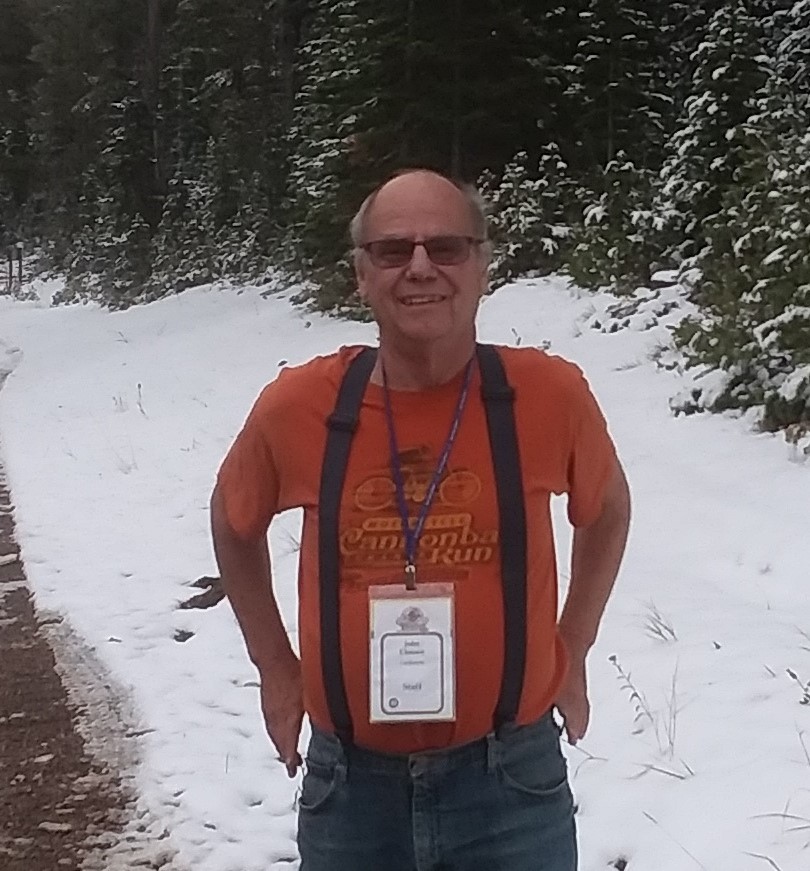 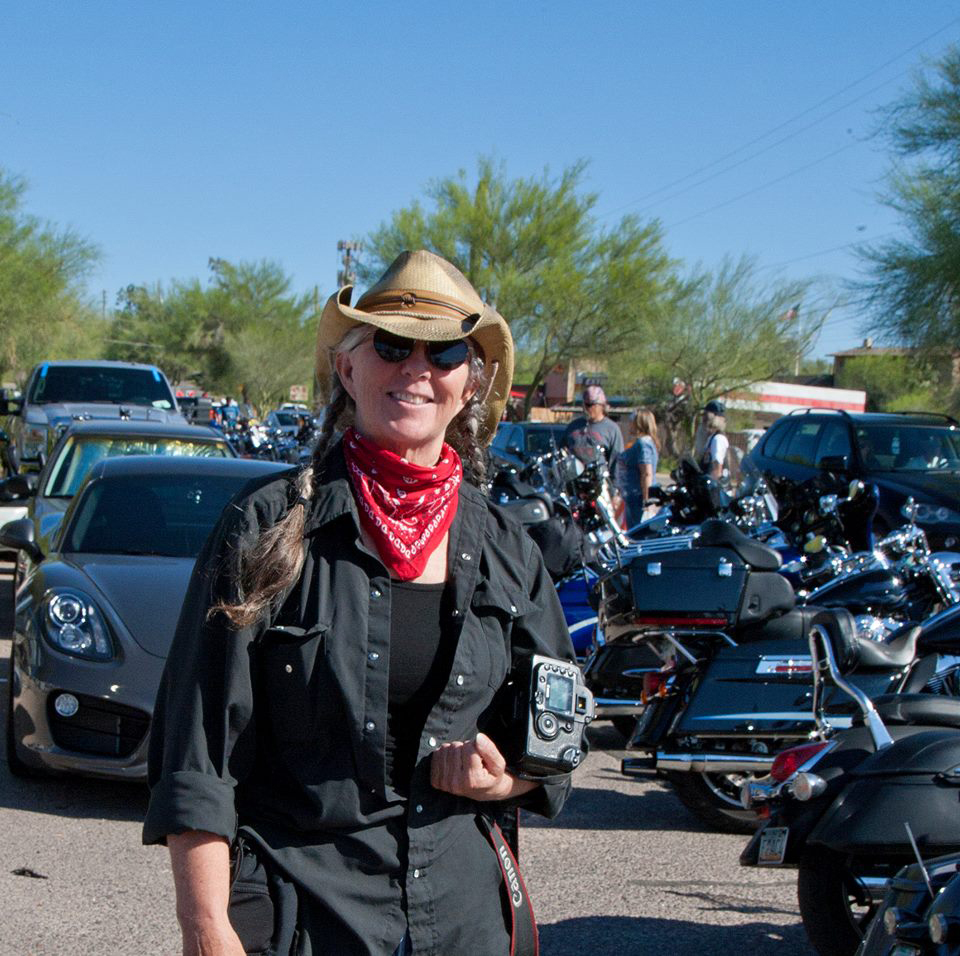 Felicia Morgan has been with the Motorcycle Cannonball since it’s formative years and it has been her great pride to stand at the start and finish lines of each of the transcontinental runs. In her capacity as Media Director, she photographs the rider’s adventures and writes a daily blog from the road, which is her favorite...Read More 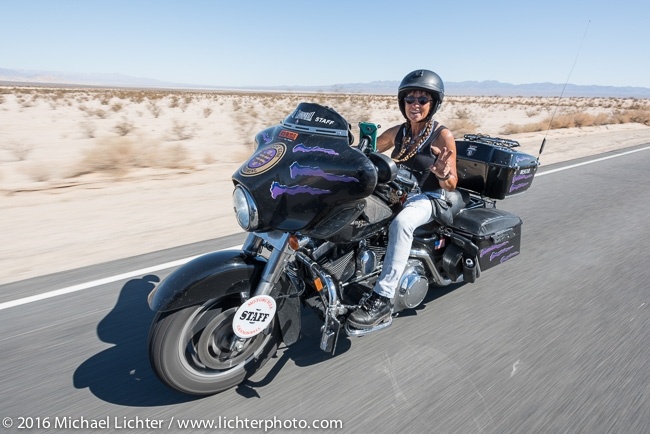 Vicki is a Registered Nurse and EMT who cheerfully escorts Cannonball riders across the country, providing medical attention as needs arise. She is the author of “A Crash Course for the Motorcyclist” and established the non-profit organization Accident Scene Management (ASM) in 1996 in order to reduce injuries and fatalities to motorcyclists through First Response training....Read More